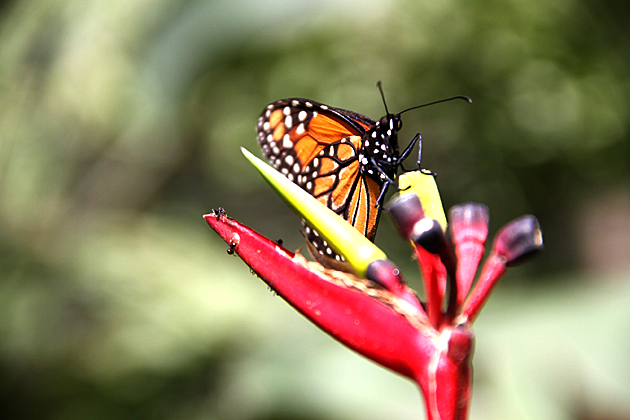 Seven kilometers outside of Santa Cruz, the Biocenter Güembé combines aspects of a resort, a natural recreation park, a swimming pool, and a zoo. We visited for half a day and could happily have stayed for much longer, relaxing by the pool or exploring the grounds more thoroughly. 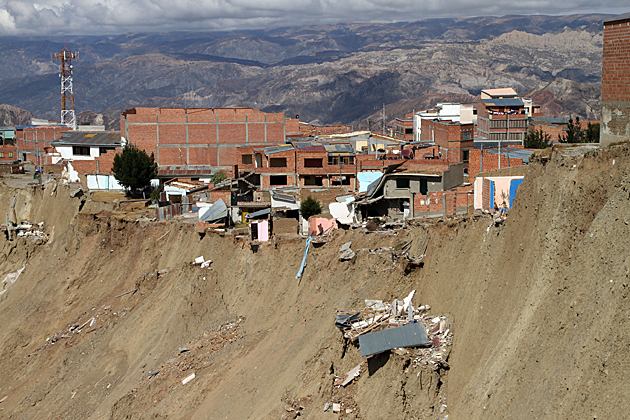 In March of 2011, while we were in Buenos Aires, we read about a mega-landslide in La Paz, which destroyed 400 homes and displaced 5000 people. But we didn't pay attention to the name of the neighborhood. So when we decided on a whim to explore Pampahasi, found high on the eastern side of La Paz, we were stunned to find a road that simply dropped off into nothingness. Houses ripped into two and a vast cliff of mud and sand dropping precipitously to the field below. 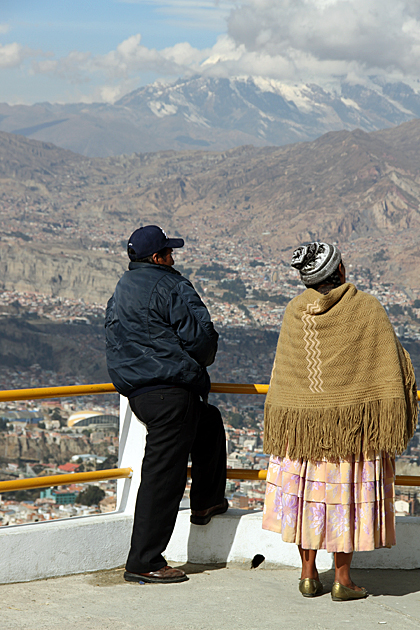 Two-thirds of the way up the hill which eventually ends in El Alto, you can find the viewing point Andina Jach'a Kollo. Just don't trust your map or taxi driver to get you there.

"Why are we walking?! There are buses which go up to Killi Killi". Aw man, don't be a such a wimp, Jürgen! We need the exercise. And it's not even all that high.